The QRL Foundation joins forces with the League of Entropy 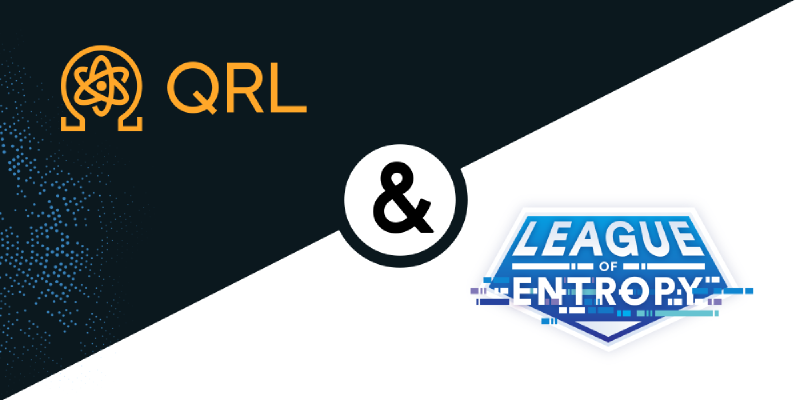 Understanding the importance of randomness and entropy

Randomness is defined as the lack of pattern or predictability1. It is used in everything from light entertainment such as the act of shuffling in card games to more serious cryptographic systems2. Entropy (in cryptography) is fundamentally the measurement of randomness3 where more is better. Card dealers increase the entropy of a deck with proper shuffling technique often with multiple rounds.

While entertaining in a magic performance, having things not be truly random can be catastrophic for cryptographic systems. Lack of availability, unpredictability, unbiasability, and verifiability continues to be a major source of exploits4 to this day. This problem is notoriously complex and is the subject of a lot of research5 along with innovative and interesting solutions, such as CloudFlare’s LavaRand.

Unfortunately, while CloudFlare’s LavaRand and other similar projects creates sufficiently high entropy, the setup costs are high, and the nature of them being centralized makes it vulnerable to manipulation from insiders. Similar to how magicians can use deterministic shuffling to manipulate card decks without anyone (else) realizing it, it’s possible to manipulate the source, and therefore gain an advantage in cryptographic systems. This type of attack isn’t just hypothetical but has already happened such as in the IOWA lottery fraud mystery.

Work on a system to create a public randomness beacon with these attributes goes back to over a decade ago in the DEDIS lab at EPFL and resulted in a project called drand (for distributed randomness)6. Drand is able to generate verifiable, unpredictable and unbiased random numbers as a service in a very simple and efficient manner and to deliver it in a reliable way to the client. This later gave birth to…

Joining The League of Entropy

To celebrate Crypto Week 2019, CloudFlare started the League of Entropy consisting of a consortium of global organizations and individual members providing randomness beacons on drands mainnet network for a high availability, unpredictable, unbiased, and verifiable randomness - the golden standard.

The QRL Foundation is happy to have now joined the League of Entropy, with the mainnet ceremony into drands mainnet earlier this week!

QRL and the League of Entropy

Each node run by League of Entropy network first generates a long-term public/private key pair. Then all of the public keys are written to a group file together with some further metadata required to operate the beacon. After this group file has been distributed, the nodes perform a distributed key generation (DKG) protocol to create the collective public key and one private key share per server. The participants NEVER see/use the actual (distributed) private key explicitly but instead utilize their respective private key shares for the generation of public randomness.

After the setup, the nodes switch to the randomness generation mode. Any of the nodes can initiate a randomness generation round by broadcasting a message which all the other participants sign using a t-of-n threshold version of the Boneh-Lynn-Shacham (BLS) signature scheme and their respective private key shares. Once any node (or third-party observer) has gathered t partial signatures, it can reconstruct the full BLS signature (using Lagrange interpolation). The signature is then hashed using SHA-256 to ensure that there is no bias in the byte representation of the final output. This hash corresponds to the collective random value and can be verified against the collective public key.