The QRL Bromine Hardfork - A look inside 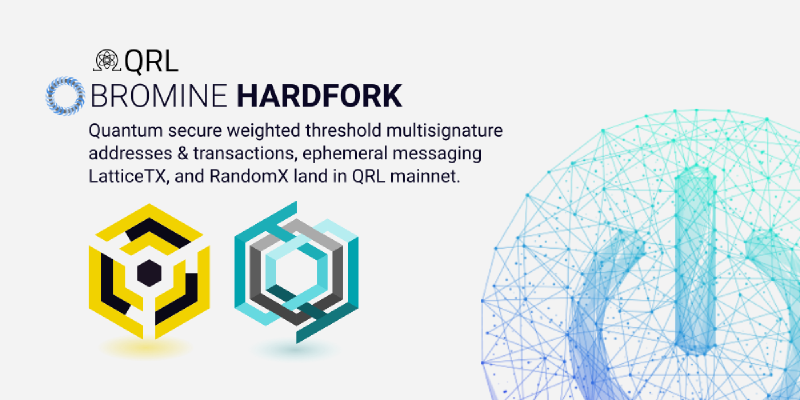 The QRL Bromine Hardfork: A look inside

From the beginning, we have been passionate about driving the solutions to prepare for the next revolution in secure digital asset storage.

This was demonstrated in 2018 with the launch of the first usable quantum secure enterprise-grade blockchain backed by the stateful signature scheme XMSS, as opposed to ECDSA found in many blockchains. XMSS is now currently slated as a draft recommendation by the National Institute of Science and Technology (NIST).

Our launch was further accompanied by a full suite of tools:

Which we continued to improve upon our network by adding things like:

And with this hardfork, Bromine, we’re adding/improving:

Still to look forward to are:

For the QRL Bromine hardfork, a special thanks goes out The QRL Contributors group, as well as the 48 contributors with 7,888 commits over the years that helped in innumerable ways.

Critical to any trustless (and trusted) system is the ability to handle different methods of governance on how allocated funds can be spent.

For this to work, during the creation of a multisig address, one or more signatories (addresses) are assigned and a final threshold to spend is set. Any signatory can then create a spend request (which is a proposed transaction to be voted on) with a final expiration date in the form of a block-height. If enough people vote to approve the transaction and meet or exceed the set threshold before that block-height is reached, the transaction goes through.

Examples use-cases for this are numerous, including:

The *weighted threshold *aspect refers to the ability to assign variable weights to any signatory. So in the committee example, it’s possible that a few members are higher ranking (whether by seniority or otherwise) and could be assigned a higher weight.

More information on this can be found in a historic blog of ours (Oct-2018).

Multisignature transactions functionality can be found in our desktop wallet in both binary (for Windows, Mac, and Linux) and on the web under the tools section. This is also accessible with the qrl node cli.

The Ephemeral Messaging System allows peer-to-peer messaging which is able to secure messages (or any data really) back and forth — and in the future with GO-QRL, utilize the QRL network to do so.

To derive the keys for encryption and signatures, only the master seed of the wallet is used. Public keys are securely stored by a lattice transaction (LatticeTX) and associated to a QRL address, which can be seen as an identity. By deploying this functionality, the QRL blockchain can also serve as a standalone public-key infrastructure by any third-party application.

As mentioned before, for the moment, you’ll still need to create your own off-chain network, but this sets the stage for GO-QRL, where everything can be incorporated on-chain for a fully decentralized, quantum secure, ephemeral messaging network! 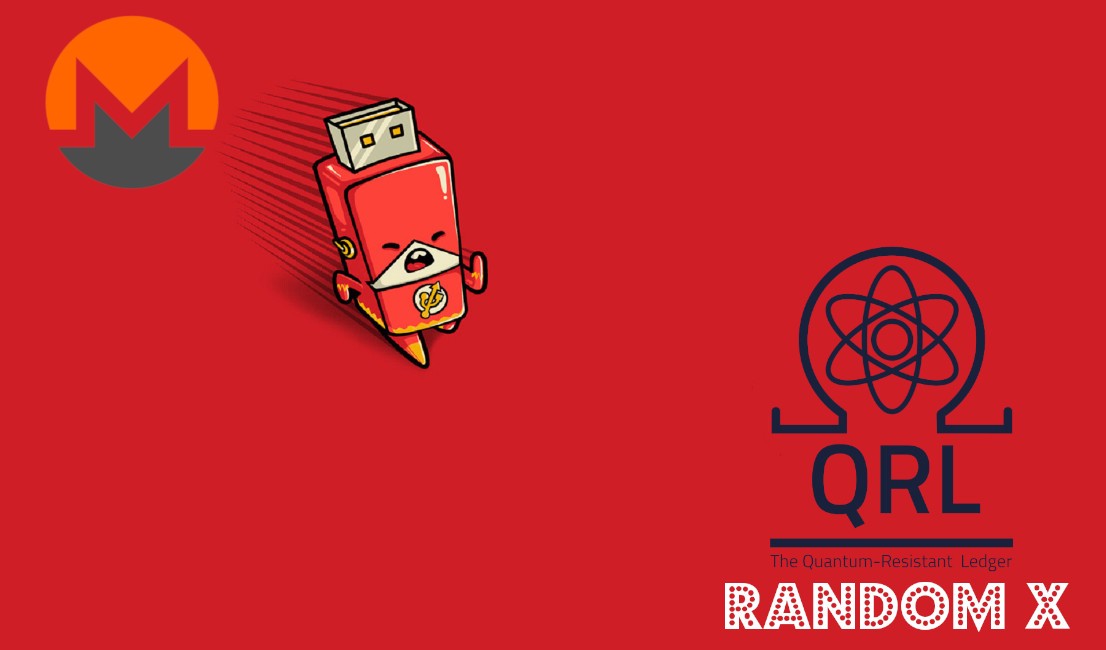 QRL initially launched mainnet with cryptonight variant 1 (cn/1) due to its commitment to security (it was extensively reviewed) and its ability to avoid ASIC’s from centralizing the hashrate of the network. As time has gone on however, we’ve seen an increase of centralization to fewer miners.

While no PoW mining algorithm can completely avoid the progress of ASICS and FPGA’s, there’s been some implementations that show more promise than others. RandomX is one of those algorithms that shows promise.

As indicated from their github, RandomX is a proof-of-work (PoW) algorithm that is optimized for general-purpose CPUs. RandomX uses random code execution (hence the name) together with several memory-hard techniques to minimize the efficiency advantage of specialized hardware.

Beyond that, it’s critical that any algorithm that underpins the security of the network undergoes a thorough peer-review process. To that end, RandomX has been reviewed by 4 independent security research firms.

Ability to toggle mainnet or testnet with a network-type argument to start_qrl.

Note: To run both at the same time, it’s still necessary to change ports in config.yml of one of the nodes to avoid conflicts.

Now an address can be added to an 80 byte message transaction, allowing for assignable messages on the blockchain.

Allows for on-chain transactions to include references to transaction ID’s in things like e-commerce applications. 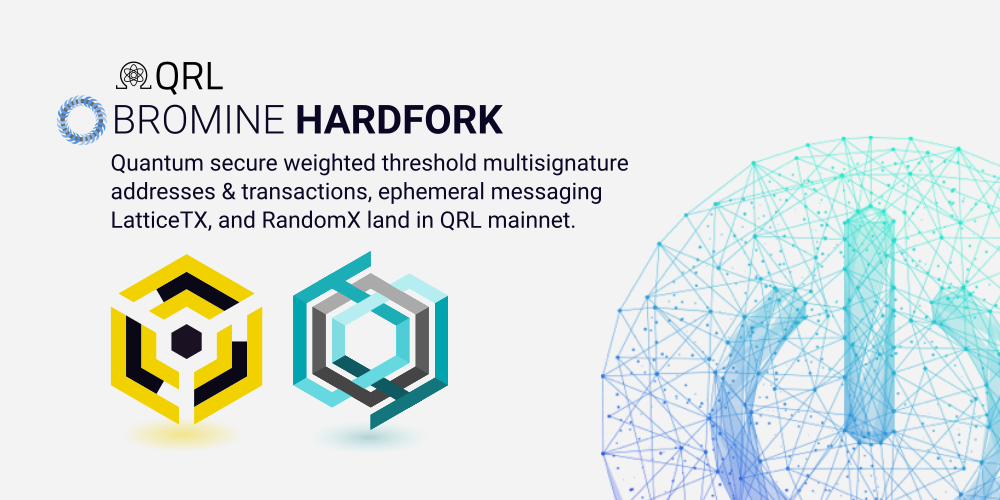