Stepping Outside Our Bubble - The Fintech Times’ “Quantum Leap” 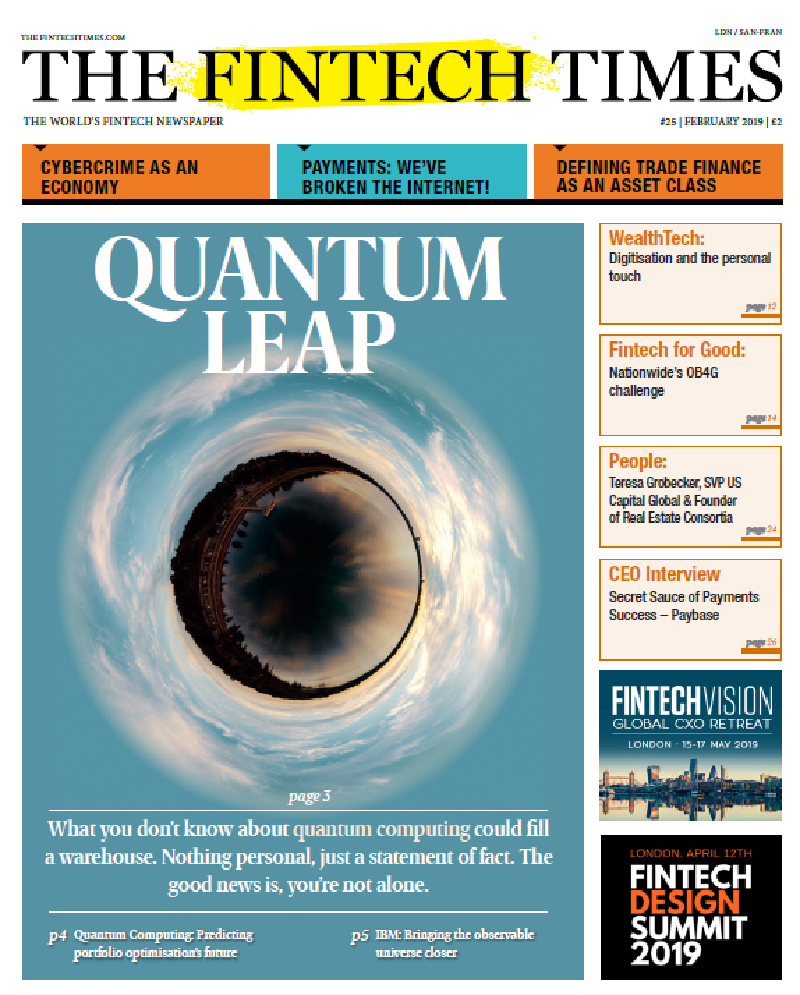 At QRL, we pride ourselves on two things, primarily; our work ethic, and our ability to collaborate effectively as a team. Increasingly, our ability to act as an ambassador and advocate for not just blockchain technology, but also, for lack of a better term, for greater quantum computing awareness, has made that list. We have been approached in the past for quotes on various blockchain and quantum computing related issues. Some of these end up in articles, including, recently, being asked by BlockTribune.com to give some predictions for blockchain in 2019.

However, we have never found ourselves being asked to contribute to an article that stretches as far out of our little niche of blockchain (and into a larger niche, that of fintech), while still addressing what the fundamental relationship between network technologies and quantum computers is likely to be in the near future, and what we need to do to prepare for it.

We are humbled to have been the only blockchain project represented in the article, and we feel that we represented our point of view well; not engaging in fear-mongering, nor dismissing the very real disruptive potential of this emerging technology.

We recognize that as the first fully functional blockchain network secured by a quantum-resistant signature scheme, we have to both act as trailblazer, representative, and advocate if we are to help raise the awareness of the inevitability of quantum computing, and all that must be done now to protect our future networks from it.