This past week I joined Peter (Founder) and JP (Core Developer) in their home country of England for Blockchain Expo Global 2018. The event was held at the Olympia convention center. While the stereotype of London is one of poor weather, I found it to be quite pleasant, as my home city of Chicago had snow on the ground when I left it.

Blockchain Expo, being an Exposition (as the title implies) rather than a Conference, afforded us an entirely different platform to introduce ourselves to many in the Blockchain/Cryptocurrency space. Unlike conferences, such as APAC, Blockchain Expo used most of their space for the Exhibition Floor, with smaller stages around the exterior. This meant that most of the action and people were found on the main floor, and it was frequently shoulder-to-shoulder bodies in the aisles as people tried to push through, or alternately congregated around popular booths. 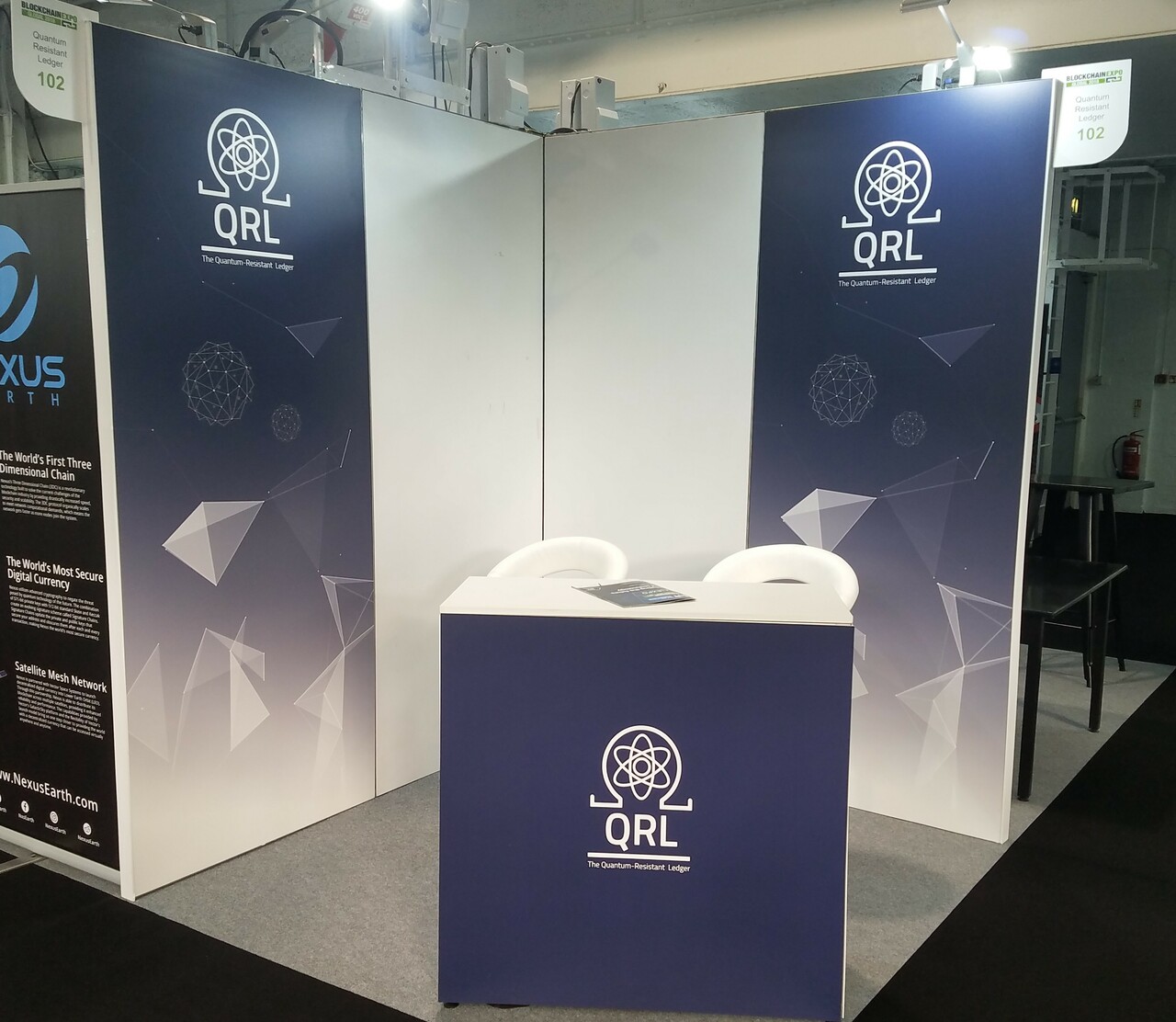 Speaking of booths, ours stood out from many of those around us, as we did not have cluttered paragraphs of text that no one seemed interested in giving more than a cursory glance. Instead, our simple yet clear aesthetic served as the jumping off point for many constructive conversations throughout the Expo. Luke (Lead UI/UX Designer) should feel very proud that his designs for our booth were so well received. 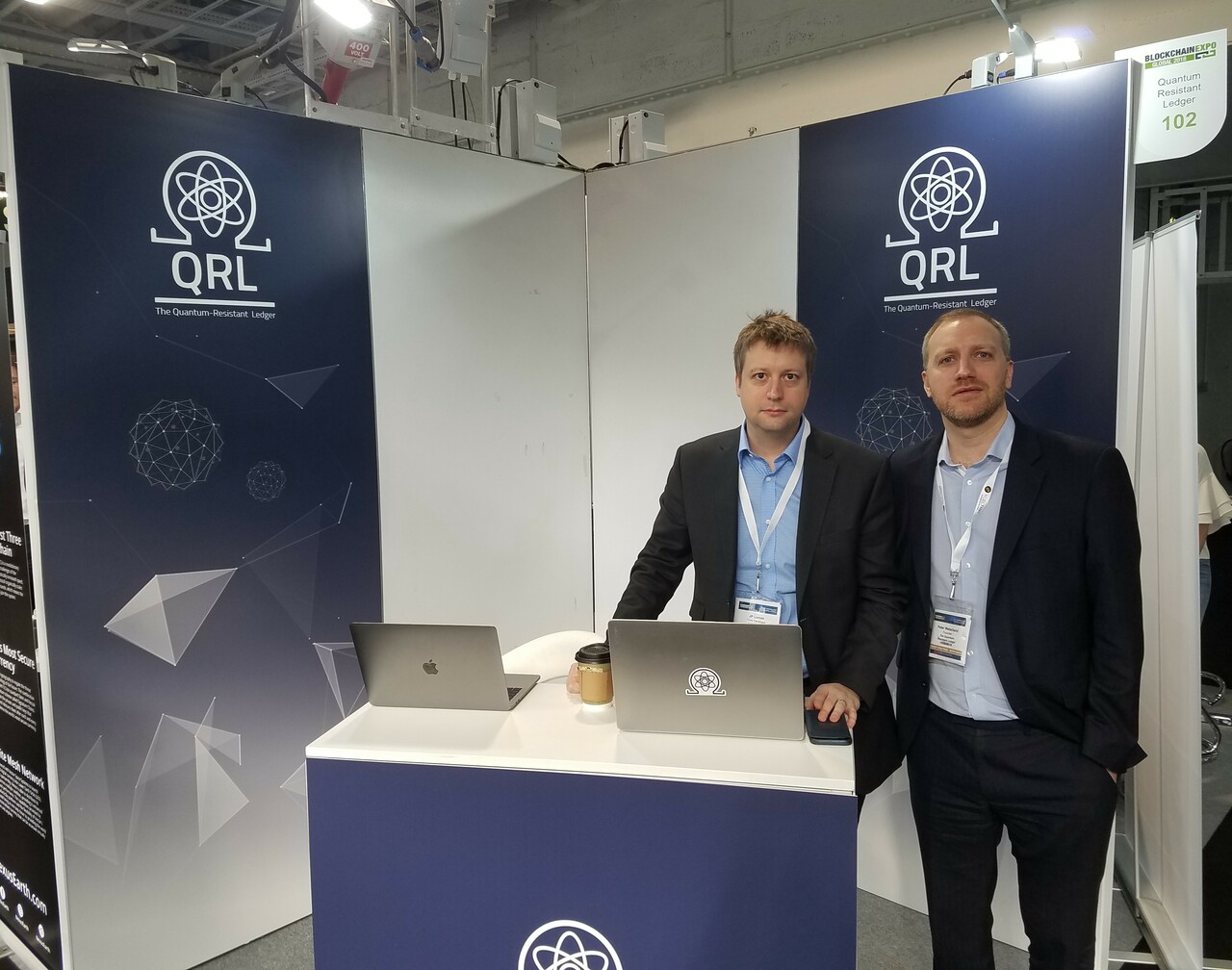 Our fearless leaders, before their morning tea

In addition to myself, both Peter and JP came in for the Expo. This was my first time meeting both of them in person, and I will be honest, I expected them to be taller (no reason, I think I just expect my bosses to tower over me). Lucky for me, both of them were entirely accommodating, reminding me to look right when crossing the street so as to avoid a “Stupid American Squashed by Truck” incident from occurring, for which I am thankful.

One of the nice things that was said to us by more than one person during the Expo was some variation on, “There are a lot of projects here that are hot air, it’s nice to talk to one of the few that are actually doing something” — while we know that our tech-first approach can sometimes seem slow in an industry that seemingly revolves around hype as much as Blockchain/Cryptocurrency, moments like this are a potent reminder that as time goes on, projects with an actual commitment to code and producing results will set themselves apart from the vaporware and all-talk-no-walk projects that may at times loom large in our space. 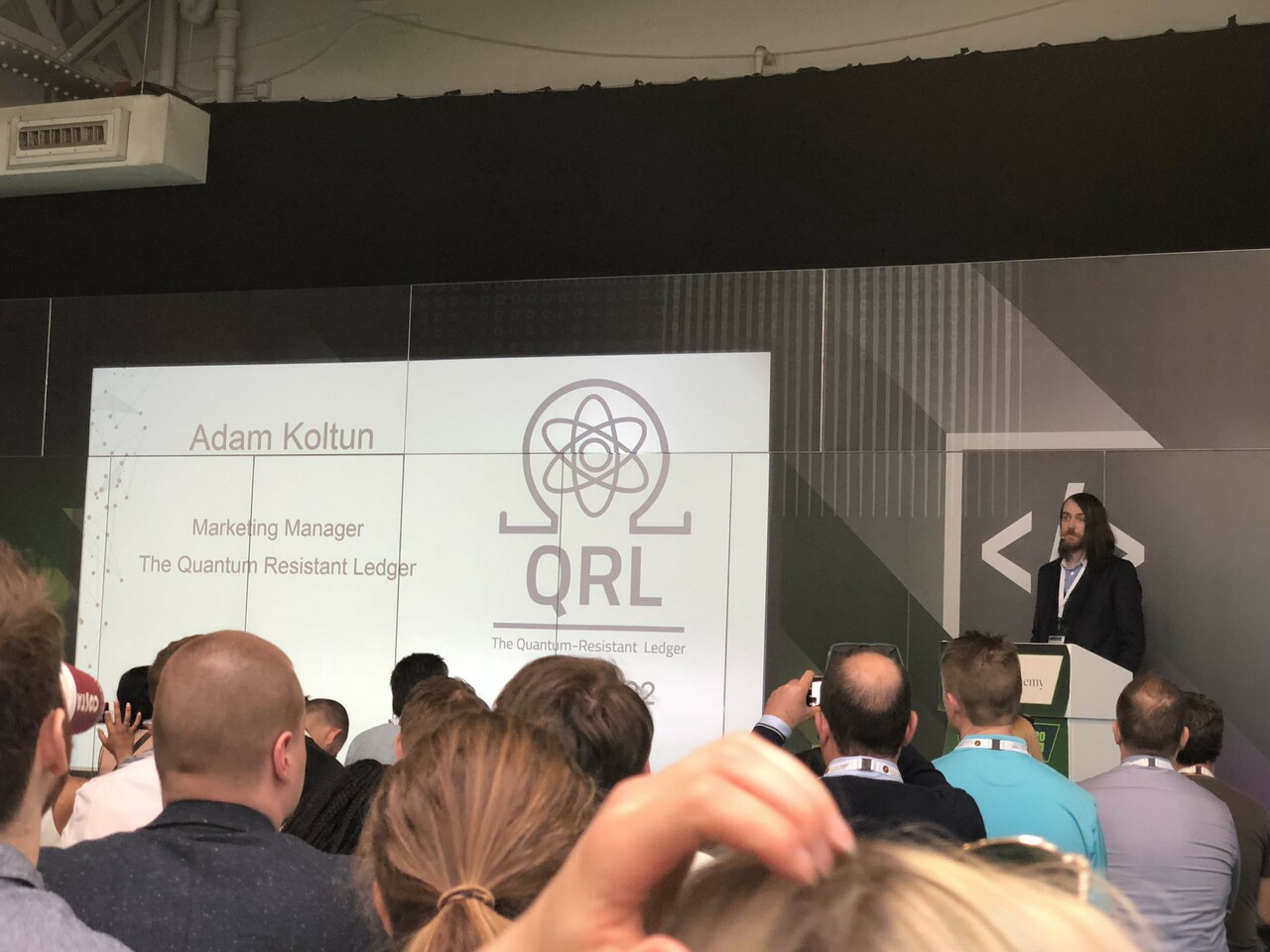 On Day 2 of the Expo, I gave a short presentation on QRL and how we are securing our network in the face of Quantum Computing and all the threats it poses. Given that it was an Expo and not a Conference, the setting was a bit more informal, and as you may be able to tell from the image, attendees sat closer to the stage than might be the case at larger event spaces. This allowed for a more intimate space, and made it much easier to field questions at the end of the talk as I could hear the audience members easily. 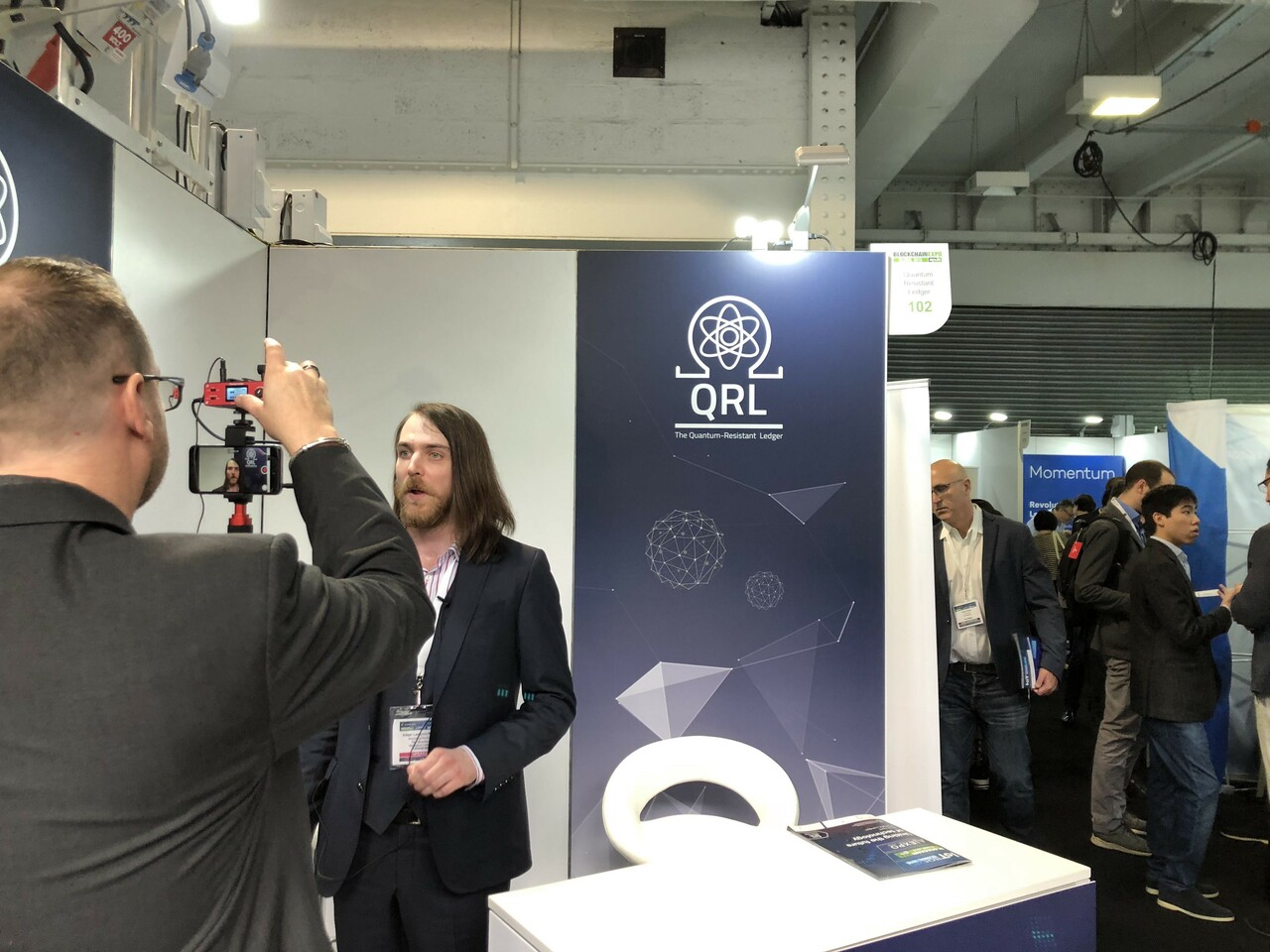 Candid photo from the CCG interview

In addition to the presentation and running a booth, one of the opportunities we were afforded at Blockchain Expo was having a chance to give an interview to Crypto Coin Growth — they reached out to us over Twitter in the weeks leading up to the Expo, and we arranged to have them come by our booth for a short interview on the state of the project and our experiences with Token Migration.

It was a great experience, and while the whole Exhibition Floor was quite loud, I think the audio came out alright. Somewhat surprisingly, a duo sporting a camera and microphone also approached the booth later on during the Expo and requested an on-the-spot interview. I gave them one, and hopefully it sees the light of day eventually.

Looking forward, we have only a few stops left on the first half of 2018’s Conference gauntlet. Our remaining stops are:

What To Look Out For

Given how straight forward the DCF event is, there will not be a preview blog, just a wrap-up blog after the fact. Look for another blog outlining where we will be in the second half of the year in about 4–6 weeks. There has been a slight delay in writing and publishing some of the blogs we have had planned given how much travel has been going on lately, but after this week that should settle down some and we will resume a more regular blogging schedule.