This past week Scott, Juan, and I all flew down to Melbourne, Australia to attend the APAC (Asia-Pacific) Blockchain Conference. We were joined in the evenings by Luke, who lives in the Melbourne area (saving him the 4 hour flight, 4 hour layover, and then 21 hour flight I had to take to make it to his lovely city).

Aside from the opportunity to introduce many people both inside and outside the blockchain sector to QRL, APAC served as an platform to begin to forge important networking connections with other industry partners. As well, it afforded us the ability to get to know one another on a more personal level, which is important in any working situation, but especially one with a team as scattered across the globe as ours. 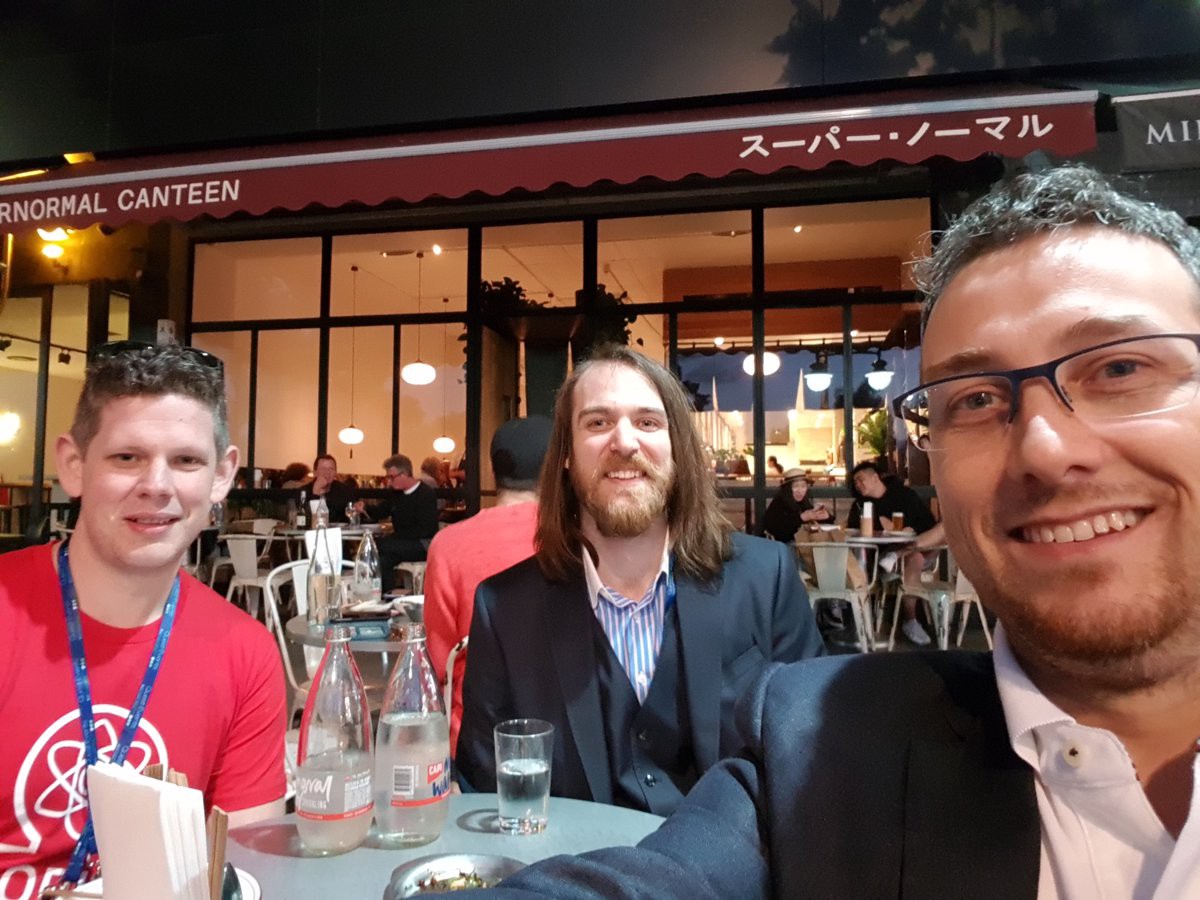 These are our “we haven’t eaten in 12 hours” faces

One of the hot topics of the conference was “Layers” — integration layers, base layers, and platform layers, technically speaking. However there was also the more general topic of user-interface layers and layers of accessibility (one could say there were layers of meaning at play). Being a conference that drew heavily from outside the blockchain industry, many of the truisms that permeate the cryptocurrency space were not taken as gospel, and in fact some were directly challenged. 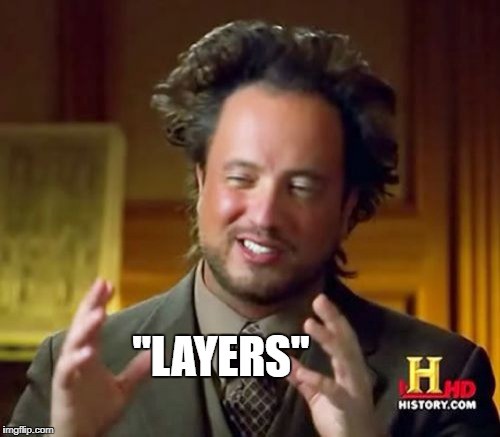 One example of this is the phrase “code is law” — which generally refers to the idea that whatever is written, and whatever repercussions stem from, what code underpins and regulates a blockchain, are final. One high profile exception to this truism that is still the subject of debate includes (but is not limited to) the DAO hack for Ethereum. The disagreement over the rollback in the wake of the DAO hack is what gave rise to ETC (Ethereum Classic). 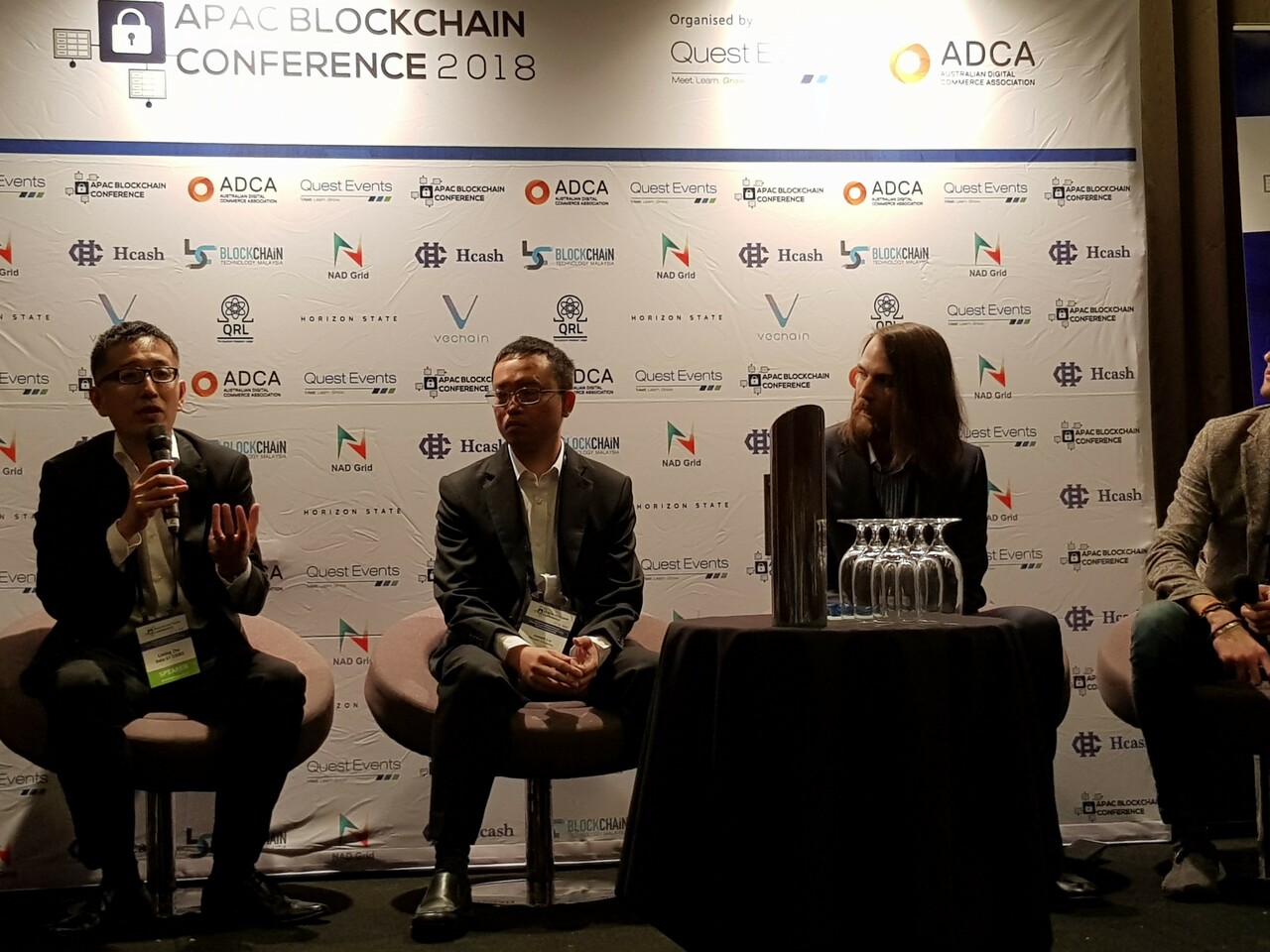 Liming Zhu talks about the role of regulation in cryptocurrency

On the panel I was sitting on, “ What are the major technical challenges still facing blockchain technologies?” one of my fellow panelists, Liming Zhu, Research Director at CSIRO in Australia, said this, “When we say ‘code is law’ — actually, in law, there is a saying ‘clarity is a crime in law making,’ there is a lot of deliberate ambiguity, to allow for human judgement…imagine you were making a business contract with someone, and you had to specify every single thing that could possibly go wrong, and the potential compensation for that.” which offered a perspective not oftentimes given voice in the cryptocurrency space — that ambiguity can be a strength to collaboration and contract-making. 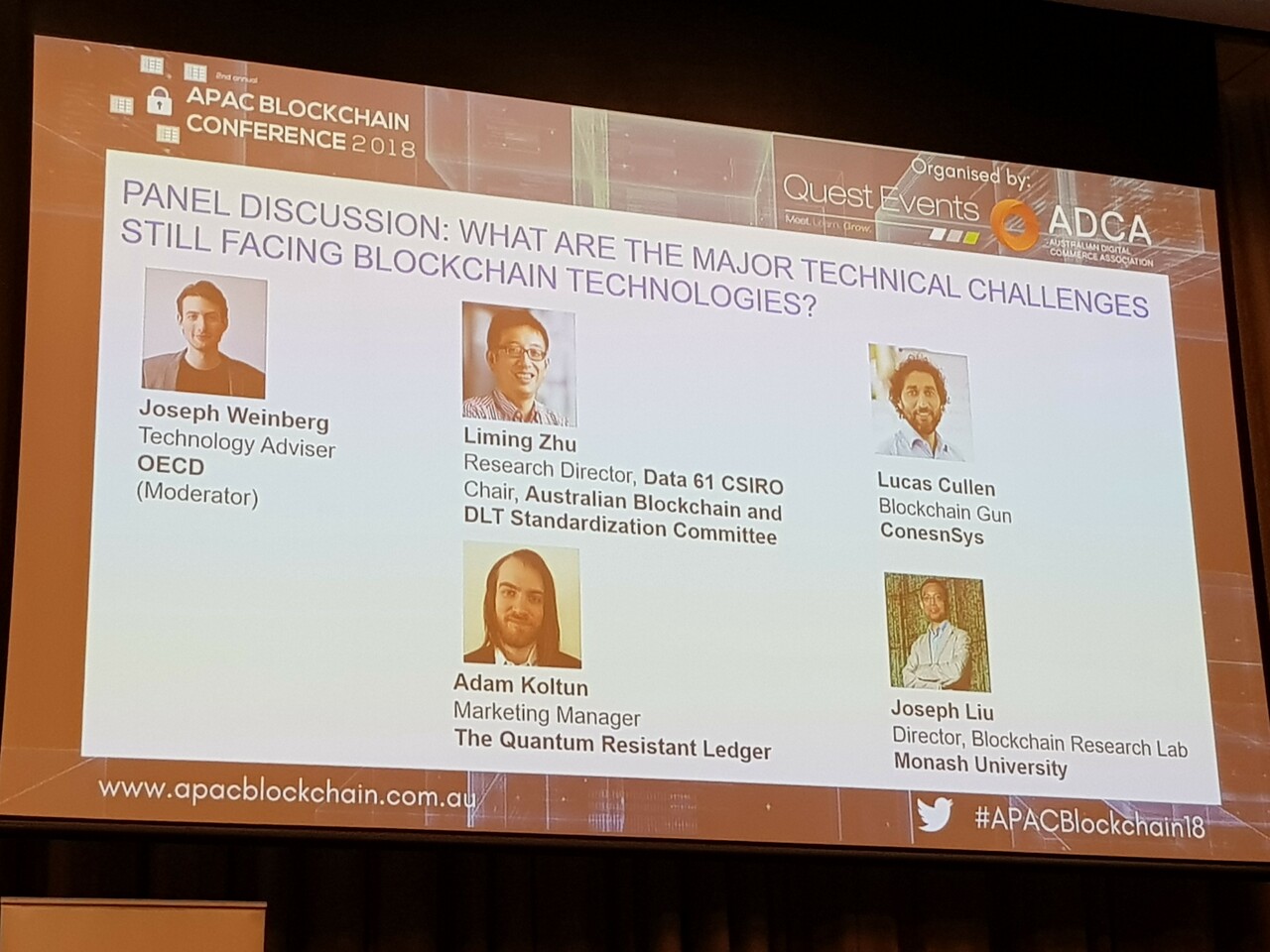 Image projected onto the side screens during the panel

As much as the abuses of those ambiguities live on in the public imagination, there is (as has been demonstrated by the DAO and other mismanagement of smart contracts) as much potential for abuse of overly finite systems as there are from intentionally ambiguous ones.

Juan was kind enough to take a few videos of the panel, and we will have them edited together and up on our YouTube page later on in the week. One of the nice things about sitting on the panel was that I only mentioned Quantum Computing once (at the beginning of the panel, before the camera started rolling), and yet by the end of the panel there were 3 out of the 4 of us talking about Quantum Computing and how it is a technological challenge that cannot be ignored. It is always heartening to know that the same technical challenges we are working on, are also being thought about by the Director of the Blockchain Research Lab at Monash University, and of course the Research Director of the CSIRO in Australia.

There were many speakers at the event, with one of the most popular being Da Hongfei, founder of NEO (formerly AntShares). He was able to take us through the journey he has been on from attending some of the first Bitcoin meetups that Shanghai had some 5 years ago, to today, where NEO sits at #7 on CMC with a valuation (as of this writing) of a bit over $5 Billion. Many of the lessons he shared were about determination and recognizing that the messenger oftentimes is judged as much as the message. As he noted, very little changed about his project between rebranding from AntShares to NEO. However, the more Western-friendly name suddenly led to a massive increase in interest and investment into the project, catapulting it to the heights it enjoys today. 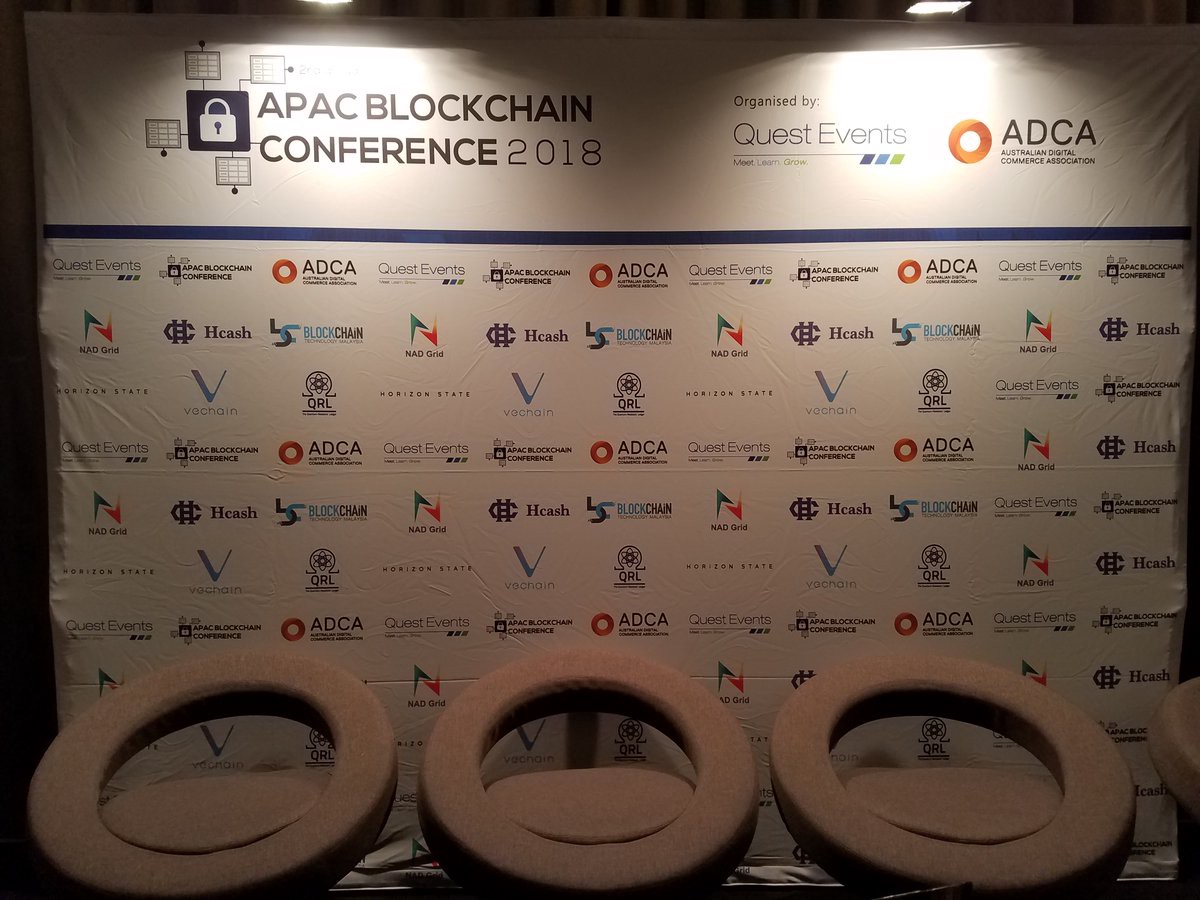 The stage where panels were held. Look! That’s our logo on the wall!

During the conference we had many people walking up to our booth, asking everything from pointed questions about the feasibility of XMSS integration into a blockchain, to the more general “So what is a ‘Quantum Resistant Ledger’ anyway?” which gave us a nice cross-section of the market as it was represented there.

We were able to talk with exchange operators, other cryptocurrency project leaders, financial firm managers who were still staying on the sidelines, and investment firms that are ready to jump into the space with both feet. We even had people from non-endemic firms that were just interested in everything blockchain had to offer, and curious about how we were advancing the technology.

Ultimately, we are hopeful that some of the connections we made will bear fruit, whether it be in the form of an exchange listing, a partnership, or merely an open line of communication going forward. Spring is the time for planting, and we certainly attempted to sow the seeds of future collaboration in Melbourne.

Looking forward, we have a number of appearances at conferences coming up. They include: