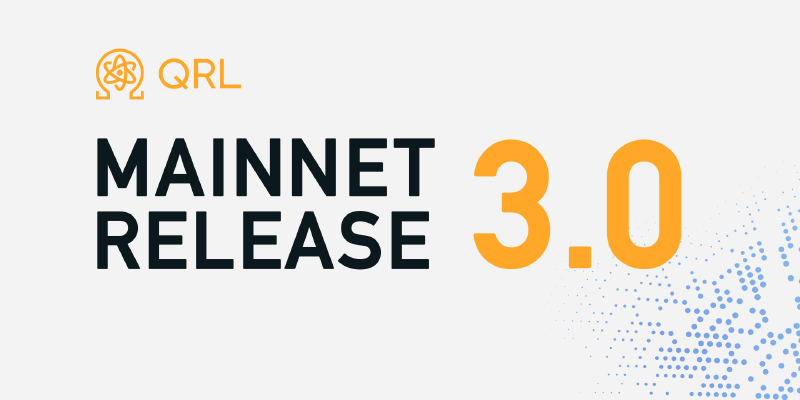 About the hard fork

We’re pleased to announced that QRL mainnet version 3 (codenamed Cesium) has been released!

We would like to thank everyone who participated in the worlds first post-quantum secure on-chain vote, and are happy to be pushing the fruition of that vote in the form of a hard fork. 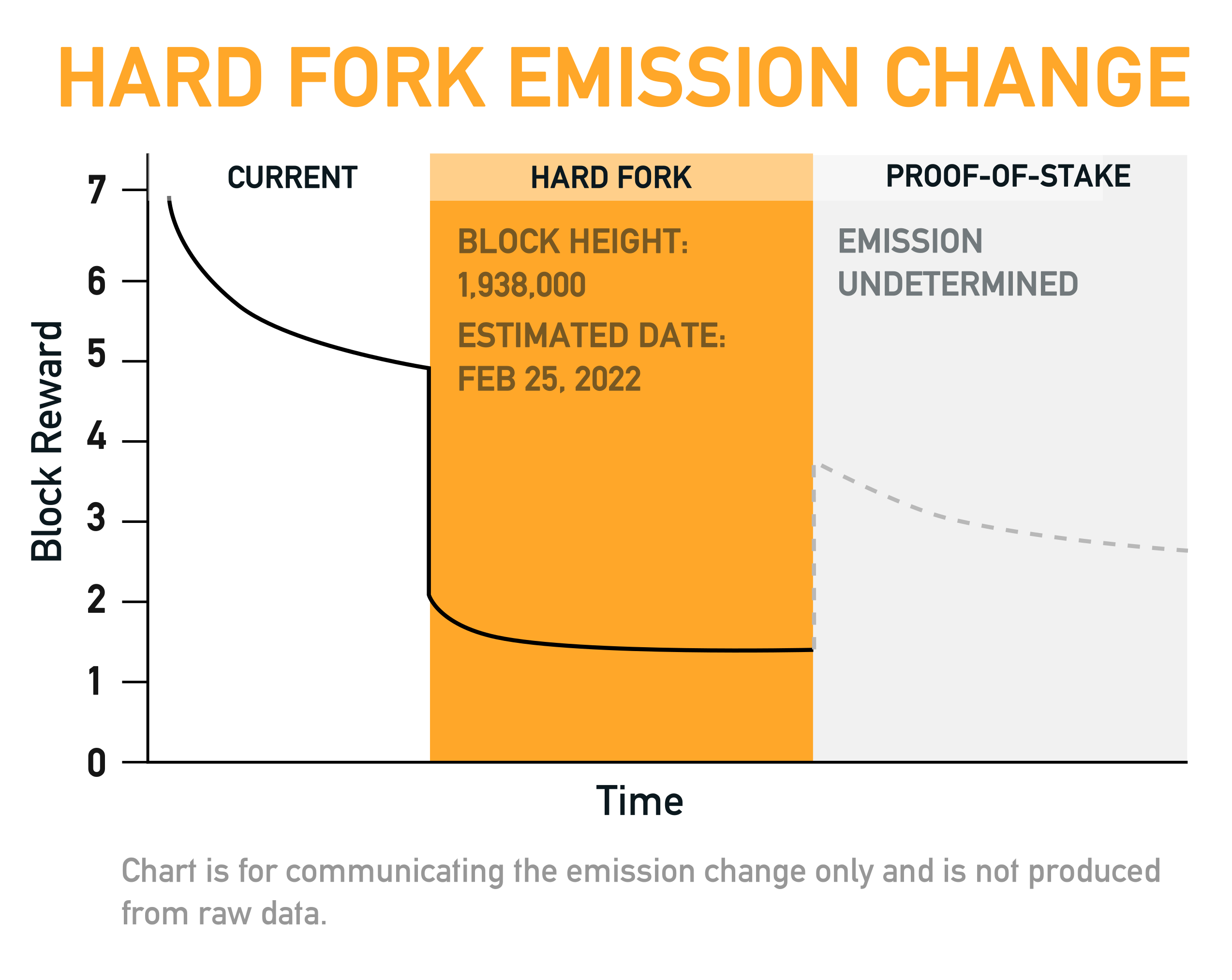 The hard fork implements an emission reduction by a multiplication factor of 0.4x of the per block coinbase reward starting at the hard fork block height of 1,938,000, which has an estimated date time of 2022-02-25 12:30 UTC.

Due to average block time variance, while the hard fork block height remains static, it’s possible that the time that the hard fork triggers can be off by roughly 10%. It’s important to keep in mind these are estimates.

Along with the emission reduction, there are other minor bug fixes to the QRL node cli.

We’ve also broken it out into more detail below.

Before updating, be sure to stop the QRL node. The way you stop it will depend on the way you’re running your QRL node. If you’re confident that you know how to stop your QRL node and you’ve stopped it, proceed to step 4.

If the QRL node is running as a screen session

Most people will be running it under screen in terminal. If that’s the case, screen -r into the screen session and hit ctrl+x to terminate the running process.

To detach out of the screen session, press ctrl+a,d.

If the QRL node is running as a background service

If you sent QRL to a background service (usually by running nohup start_qrl &), then you’ll want to terminate the node:

Keep in mind that if it’s a systemd service that is set to start again, it will.

If the QRL node is running as a systemd service

Though undocumented and the least common, some people will have installed QRL as a systemd service. To stop that, you’ll want to issue the service to stop.

The service name will depend on what service name you gave it. You can then check the status with system control as well:

Step 2: If you have the wallet daemon running, stop it

To check if it’s still running, run pgrep start_qrl. If it returns a process number, then that means there’s still a qrl node process running.

If nothing is returned, move to Step 4 to update the node. If there’s still a node running, then there’s a few possibilities.

With the node stopped, upgrade the QRL node.

If you want it running as a screen session

If you had it running as a screen session, you’ll want to reattach it and start the QRL node.

If your QRL node is setup as a systemd service

If you had it running as a systemd service, start the service again.

If you send the QRL node to the background

Step 7: Start qrl_walletd (if you want it)

It will take some time for the QRL node to upgrade the state (should be less than 10 minutes), after that, you can start the wallet daemon again.