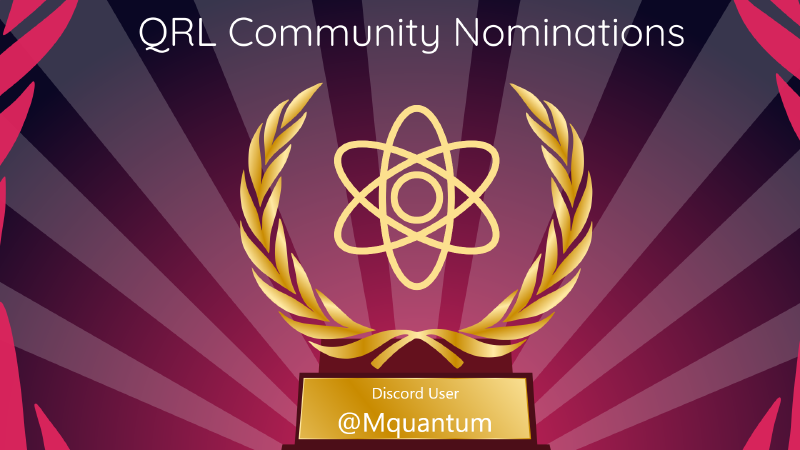 Here’s what Mquantum had to tell us about themselves, and their relationship to QRL:

Although not working directly in the field of quantum computing, during 2017 I started to realize the growing impact it has in my research field (I am a PhD in quantum physics) and began eagerly reading about it. That was also the time of the last big bitcoin bullrun, when, admittedly curious of the big gains people were making, I started to read about bitcoin and blockchain. The collision between quantum computing and blockchain was quite obvious to me, and the most serious and welcoming place to discuss those things was clearly the QRL community. I was particularly impressed by the Reddit posts by Jackalyst and Dezeyay, and a Medium article by Charlie Thompson. I do not know if going through the 2018 bear market earns me a veteran medal, anyway I surely won a Basic Whining Token (1 BWT to me), as did many in the Discord server. It is clear now that the QRL community is steadily increasing its impact in the crypto discussion. I love being part of it, and am intrigued by the efforts the QRL team is making in favoring decentralization. The next months are crucial both for the progress of quantum computing and for the QRL building, I believe!

Know someone who you think deserves a Community Nomination? Write “nominate [platform] [username]” (example: nominate twitter QRLedger) in the #butler channel of our Discord server.