The QRL core developers met in the UK on the 3rd and 4rth of August. In attendance was:

Previous blog can be found here. Discussed was a wide variety of developer related topics from the next Hard fork, to PoS, to NIST Signature Schemes, and Ephemeral messaging. A full breakdown will be found in future blog(s), a few highlights of the development meeting are below.

A draft of the Ephemeral Message paper was put together for circulation to a limited audience for feedback and review.

The decision has been made to proceed with a hard fork following a code audit. This will allow the creation of the Ephemeral Message Layer applications.

In addition to this, the hard fork will include:

Feedback is still welcome on many of these QIPS!

Future potential PoS schemes were discussed in detail with the evolution of our previous protocol. A separate PoS/EMS testnet will be created.

Quantum Resistant Verifiable Random number Function (QR-VRF) research ongoing and undertaken in parallel with consensus algorithm implementation with XMSS. QR-VRF is important as at the heart of PoS is the ability to fairly choose ‘winners’ at random.

Know golang? Get in touch at jobs@theqrl.org — full job description below. We’re initially seeking those inside the QRL community who are familiar with the project, however, will expand our search should candidates not be found.

We’re seeking two golang developers that think they’re able to fit the description below. If you’re interested but don’t fit every specification, don’t let that shy you away, it is a wishlist afterall.

What you will do:

What we wish you to be:

Competitive based on capability and experience To apply, please send an email to jobs@theqrl.org

There’s more covered in the meeting summary over at github. Give it a read, or wait for more content to be drafted and published on our blog. 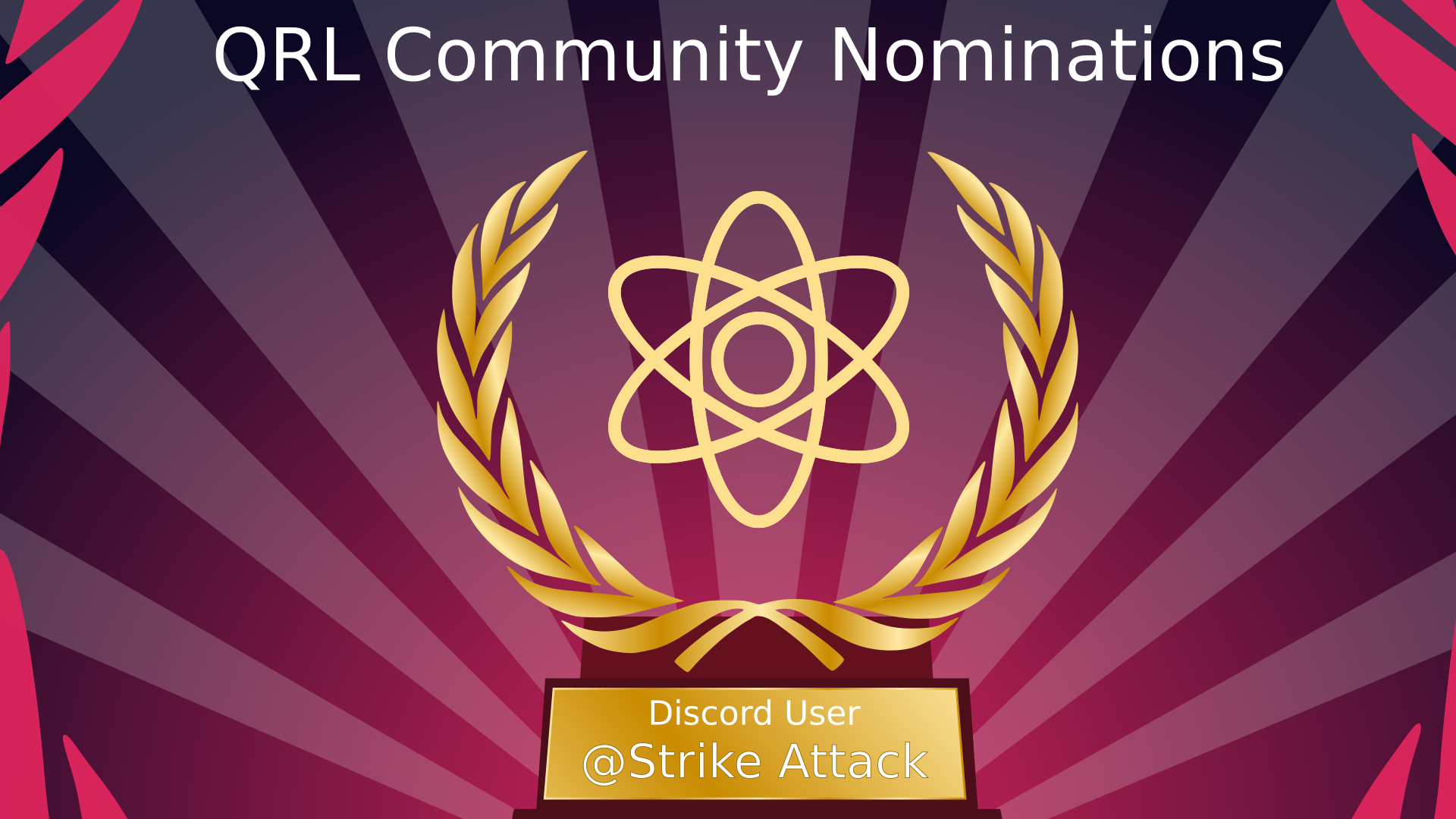 July’s nomination goes to discord user ‘Strike Attack’, who has been instrumental and gone above and beyond in The QRL Contributors. He has this to say:

I had first heard about a QC (Quantum Computer) in 1997 while speaking with a colleague. I found the concept fascinating. Conceptually, the theoretical premise of being able to harness the power of nature in order to perform a mathematical function felt visceral and compelling. Several years ago, I started to become aware of the accelerating progress being made with quantum computers. After some research, it was not difficult to correlate an existential threat quantum computers presented to existing encryption with blockchain, which has been undergoing undeniable growth. From this, I began researching to see if anyone was addressing this problem ahead of time and came across the QRL Foundation in early 2018, of which a purpose-built solution was already in development. I found the team members professional, knowledgeable, and passionate about the project.

As an extension to the above statement, he’s written a blog that outlines his full story about how he came to know about quantum computers and QRL in more detail. It’s well worth a read.

If you know someone that’s contributed to the QRL ecosystem who you’d like to nominate, you can do so by going to The QRL Discord and nominating in the #butler channel.

Right now there’s theQRL github repository which has strict guidelines. The QRL community github is for QRL community related projects that may be a bit “edgier” and might be less tested. Presently, there’s three projects:

Have a project that you’d like to see here or would like to host, get in touch on our discord!

As an update, while no final date has been set for the grand opening, it should be within the next 30 days.

As a reminder, this is a project that aims to open up discussions and bring in both the core and community contributors alike, and is part of our path for decentralising The QRL community network.More can be read on our blog at: /blog/the-qrl-contributors