The Quantum Resistant Ledger are pioneers in the field, addressing the threat quantum computers pose to blockchain.

To this day, it’s the only blockchain that utilizes a signature scheme that’s recognised by the United States National Institute of Science and Technology (NIST) as being post-quantum secure with its use of XMSS.

Beyond just having a quantum secure foundation to build off of, we wanted to make sure we were able to seamlessly and safely adapt to other post-quantum signature schemes with an extensible address format, should future signature schemes offer beneficial attributes (faster, smaller, etc). This is important to note best NIST’s Post-Quantum Cryptography Program Entered a final ‘Selection Round’. Should we see something from this final selection round, we’ll be able to implement the new signature scheme as an option. 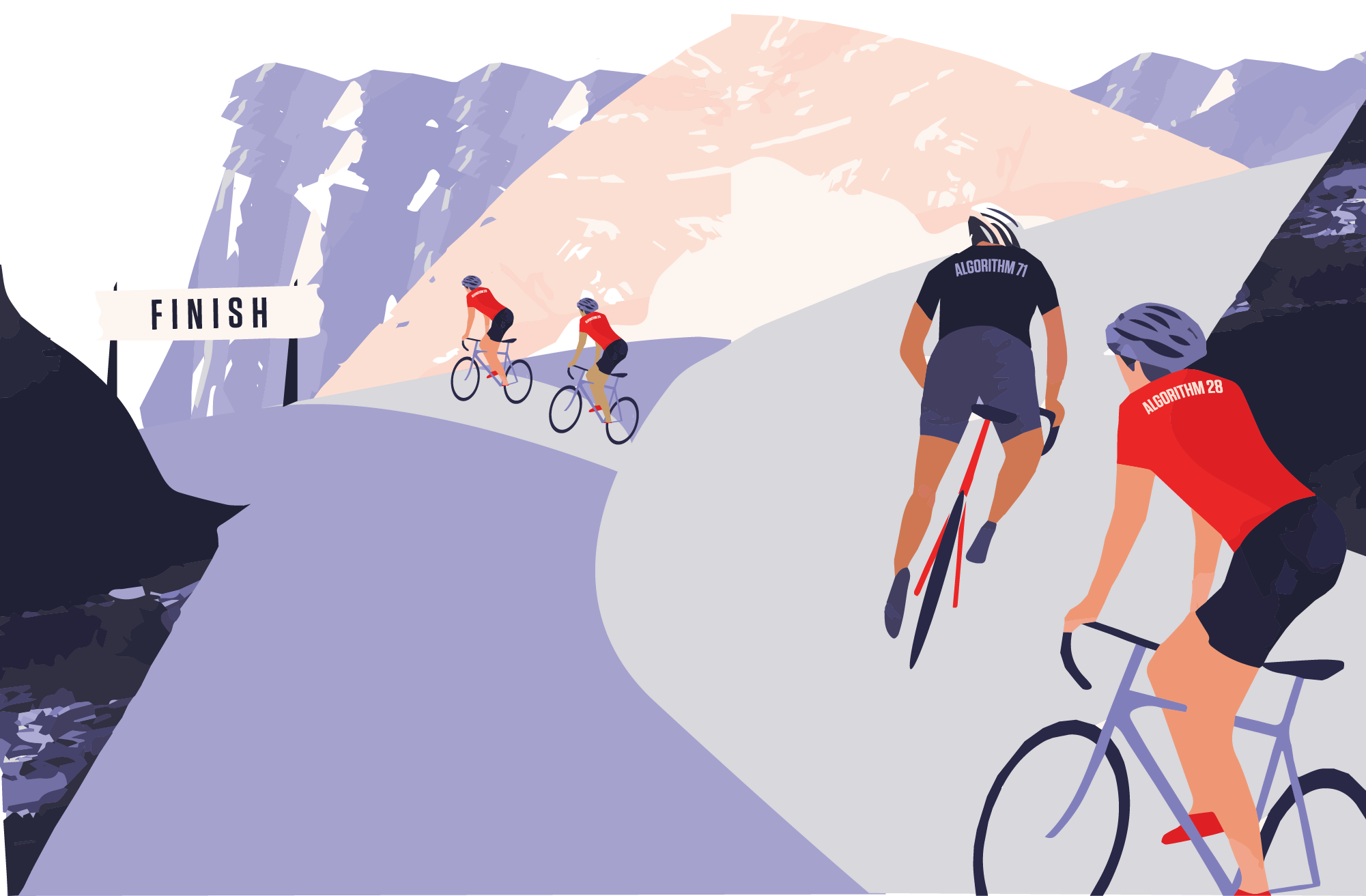 Proof-of-Stake is well on its way along with more information coming on that along with a general timeline (not dates, just milestones). First iteration will be devnet, which can be thought of as a precursor to testnet where the core team members and developers are used as the first round of guinea pigs.

This often involves trying to poke holes in the system, but also gives some time to create documentation around the system — as devnet doesn’t often come with detailed documentation handy!

Assuming it all goes well, devnet will progress to testnet, which is more wildly distributed and includes documentation so you’re not flying blind.

The QRL wallet now has the ability to add a message with your transaction! This can be used for everything from inspirational notes to recording other pertinent information such as invoice ID’s.

For example, we used the message field to both offer congratulations and as a way to remember why we performed the transaction, should we look on this a few years from now while scratching our heads. 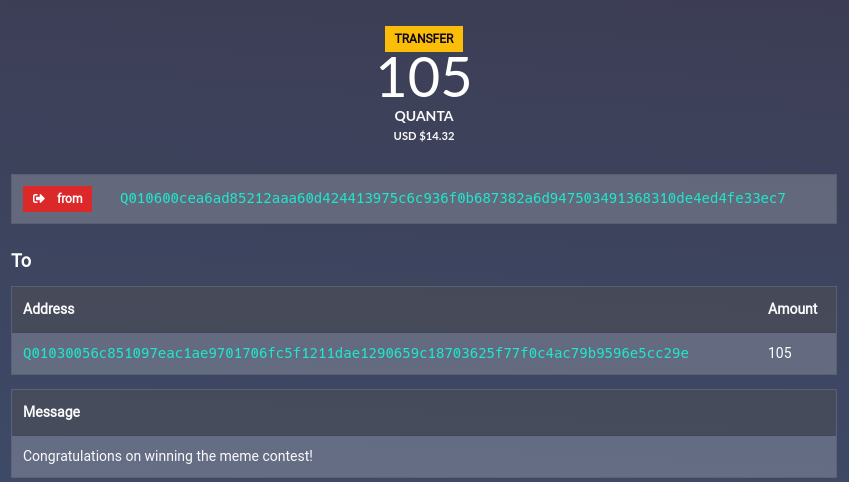 QRL Ask Me Anything (AMA) — parts 1 and 2 released 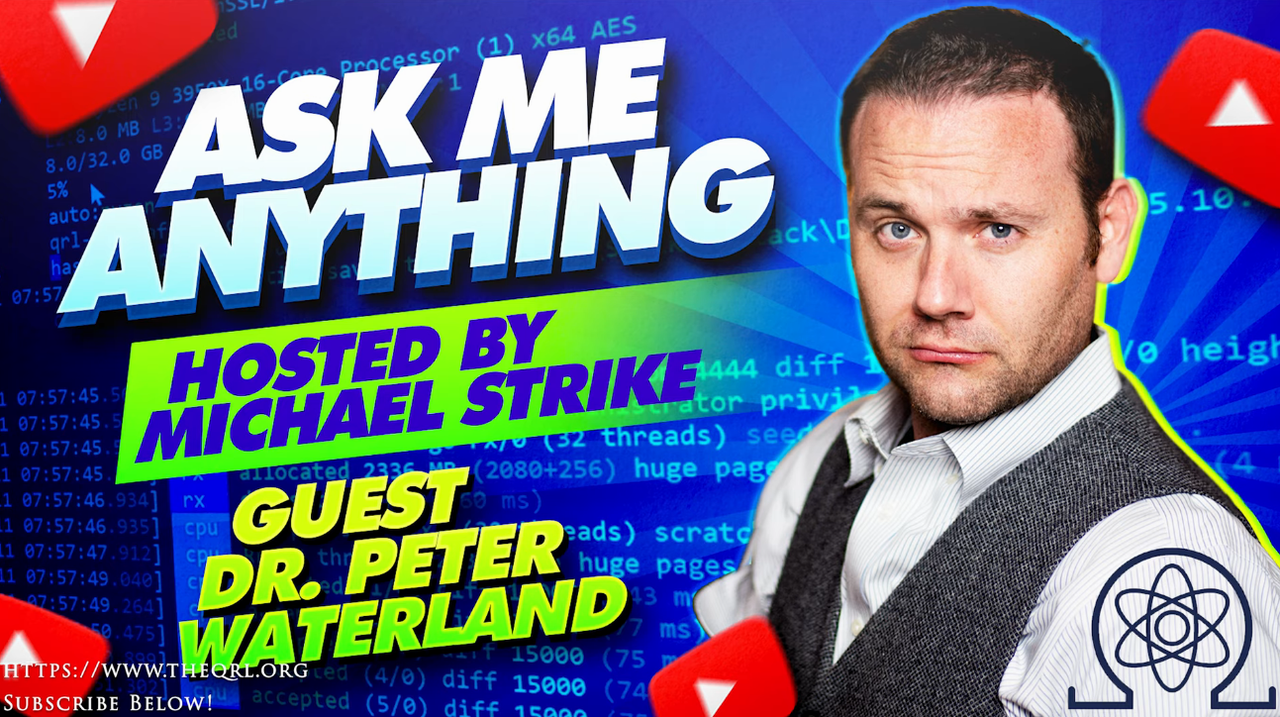 After reviewing the questions and recording the AMA, the amount of content that came out was much more than expected and so we have broken the AMA into a 4 part series. Two of the parts have been released, with 2 more on the way!

Topics covered so far are:

While we aim to be as decentralized and global as possible, we’re still very local to regions that speak and understand English (About 2 billion).

This severely limits our advocacy and reach to far less than half of the population of Earth. China is one of the first regions on this journey towards truly reaching out to a global audience, and we’re happy to now have discord user jdfreshman to guide us.

jdfreshman is going to help moderate messages & answers questions that arise as well as repost announcements in Chinese on platforms such as WeChat and Weibo.

If you haven’t done so already, head on over to our Discord and give a warm welcome to our new Chinese social media ambassador, jdfreshman! Welcome aboard!

We held a meme competition with simple rules:

From that, we had 55 meme’s submitted from 14 contestants. These meme’s were then put side by side and graded in a similar way as chess matches are graded using the ELO rating system. After about 1000 rounds, the winner emerged! 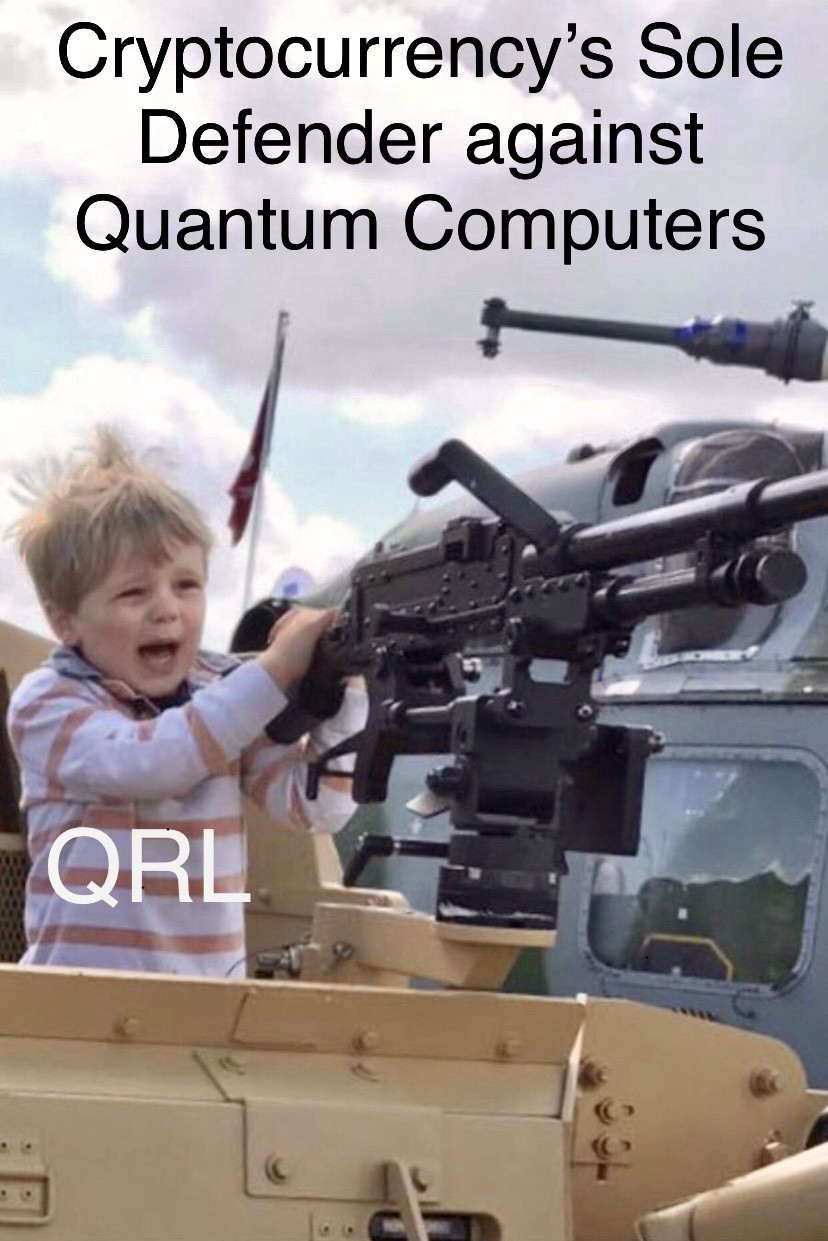 If you’d like to see the other excellent meme’s submitted, have a scroll through memefest.quanta.city. 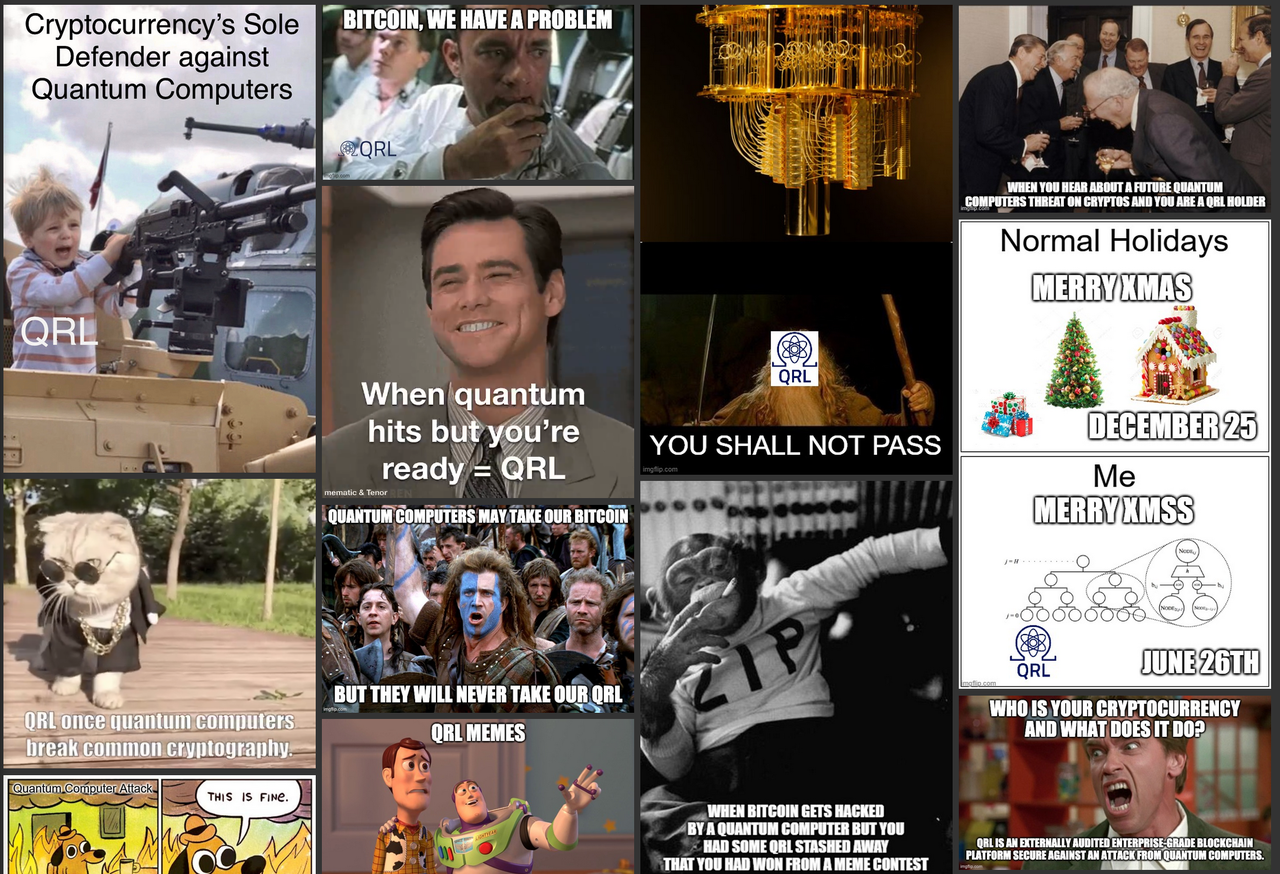