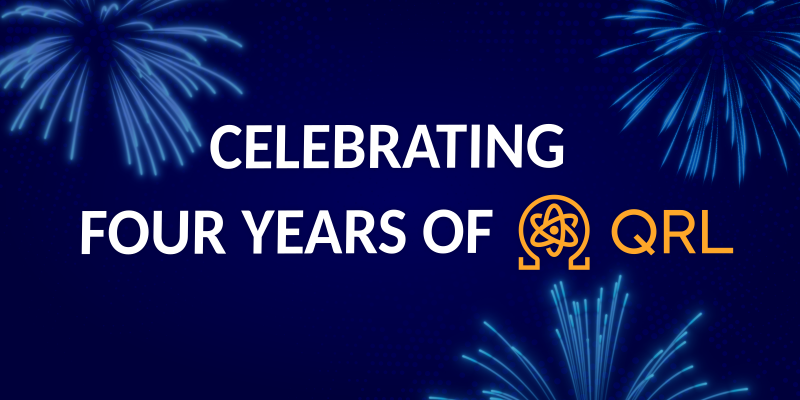 As visionaries, we had the foresight to use XMSS which is currently a NIST recommendation, along with an extensible address format for crypto-agility. As security professionals, we refused to release untested products, only doing so after a multi-year testnet and multiple external audits, one of which we chose to extend and invariably push our launch date out.

Right out of the gate we launched with a 100% post-quantum secure address space with GUI wallets for Mac, Windows, and Linux and support for tokens, notarisation, and an amazing api and documentaion. Shortly after, wallet functionality was extended with mobile wallets (iOS and Android), as well as the Ledger Nano S/X, and an offline wallet generator.

QRL Mainnet V2 (codenamed Bromine) switched our proof-of-work consensus from cryptonight to randomx and added multisignature transactions along with an ephemeral messaging system for secure communications. Cesium (QRL Mainnet V3) which reduced QRL’s emission rate was the result of established consensus on QIP-016 our maturing QRL Improvement Proposal (QIP) process which was spearheaded by the community and implemented by QRL. Finally, QRL Mainnet V4 was a result of a rather unsuccessful 0-day exploit.

The future of the QRL protocol is an eco-friendly public blockchain driven by proof-of-stake that provides users with post-quantum safe transactions and Turing-complete smart contract capabilities. Project Zond aims to harness this vision, and is something we’ve been quietly working on since the release of the codebase and open call for research grants.

With this work at last coming to fruition, we are thrilled to be able to share some of the work at our upcoming QRL Hackathon 2022, and this wouldn’t be possible without our community!

Of course, we can’t hand over the mic (our keyboard) for this 4th year anniversary speech (blog post) until we tip our hat in appreciation to the diverse and committed community members, contributors, and moderators who all make the community beneficial to be involved in day to day.