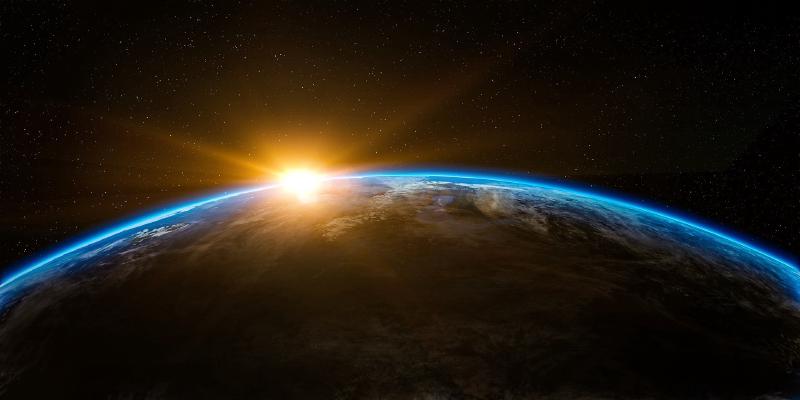 Quantum computers, first theorized by physicist Richard Feynman in 1982, have promised a new era of computing. The theory has only recently translated into significant real-world advances, with NASA, the CIA and Google working on a quantum computer. Computer scientists now warn the machines will cripple existing encryption methods and destroy bitcoin’s technological foundations.

Quantum computing studies theoretical computation systems (quantum computers) that make direct use of quantum-mechanical phenomena, such as superposition and entanglement, to perform operations on data. Quantum computers are different from binary digital electronic computers based on transistors. Whereas common digital computing requires that the data be encoded into binary digits (bits), each of which is always in one of two definite states (0 or 1), quantum computation uses quantum bits, which can be in superpositions of states. A quantum Turing machine is a theoretical model of such a computer, and is also known as the universal quantum computer. The field of quantum computing was initiated by the work of Paul Benioff and Yuri Manin in 1980, Richard Feynman in 1982, and David Deutsch in 1985. A quantum computer with spins as quantum bits was also formulated for use as a quantum space–time in 1968.

As of 2017, the development of actual quantum computers is still in its infancy, but experiments have been carried out in which quantum computational operations were executed on a very small number of quantum bits. Both practical and theoretical research continues, and many national governments and military agencies are funding quantum computing research in an effort to develop quantum computers for civilian, business, trade, environmental and national security purposes, such as cryptanalysis.

A classical computer has a memory made up of bits, where each bit is represented by either a one or a zero. A quantum computer maintains a sequence of qubits. A single qubit can represent a one, a zero, or any quantum superposition of those two qubit states; 13–16 a pair of qubits can be in any quantum superposition of 4 states, 16 and three qubits in any superposition of 8 states. In general, a quantum computer with {\displaystyle n} qubits can be in an arbitrary superposition of up to {\displaystyle 2^{n}} different states simultaneously 17 (this compares to a normal computer that can only be in *one* of these {\displaystyle 2^{n}} states at any one time). A quantum computer operates by setting the qubits in a perfect drift[*clarification needed*] that represents the problem at hand and by manipulating those qubits with a fixed sequence of quantum logic gates. The sequence of gates to be applied is called a quantum algorithm. The calculation ends with a measurement, collapsing the system of qubits into one of the {\displaystyle 2^{n}} pure states, where each qubit is zero or one, decomposing into a classical state. The outcome can therefore be at most{\displaystyle n} classical bits of information. Quantum algorithms are often probabilistic, in that they provide the correct solution only with a certain known probability. Note that the term non-deterministic computing must not be used in that case to mean probabilistic (computing), because the term non-deterministic has a different meaning in computer science.An example of an implementation of qubits of a quantum computer could start with the use of particles with two spin states: "down" and "up" (typically written {\displaystyle |{\downarrow }\rangle } and {\displaystyle |{\uparrow }\rangle }, or {\displaystyle |0{\rangle }} and {\displaystyle |1{\rangle }}). This is true because any such system can be mapped onto an effective spin-1/2 system.

Is this the End Of Bitcoin?

Some computer scientists say quantum computers are moving closer to reality and will cripple bitcoin’s encryption systems and doom bitcoin. Governments are investing aggressively in quantum computers, which are ultra powerful.

Quantum computers, first theorized by physicist Richard Feynman in 1982, have promised a new era of computing. The theory has only recently translated into significant real-world advances, with NASA, the CIA and Google working on a quantum computer. Computer scientists now warn the machines will cripple existing encryption methods and destroy bitcoin’s technological foundations.

Bitcoin recipients share their public key with the sender. To spend bitcoin, a bitcoin owner must use their private key. If another party learns the private key, that party can spend all the bitcoin.

Martin Tomlinson, a professor at the Security, Communications and Networking Research Centre in Plymouth University, said a quantum computer can calculate the private key from the public one in a minute or two.

By learning all the private keys, someone would have access to all available bitcoin. Tomlinson did not know when the first quantum computer will appear that will have this capability, but he noted that extensive research is under way.

The European Commission announced a $1.1 billion project earlier this ear aimed at bringing a “quantum revolution.”

How Close Are They?

Quantum computing has received >1 billion dollars of funding in the last year from major companies such as google, IBM, etc (ignoring State actors). Y2Q will happen with experts saying there is a 17% chance of the singularity of a quantum computer emerging in the next 10 years. Technological advances tend to be non-linear and the black swan of a QC could emerge at any moment.

What Can Be Done?

To protect bitcoin from quantum computers, new cryptography standards must be incorporated into the bitcoin protocol. Such technologies exist already. Llew Claasen, executive director of the Bitcoin Foundation, said many cryptographers already are working on a solution to phase in quantum-proof technologies to the bitcoin network.

One of the most interesting concept is :

The Quantum Resistant Ledger which is still developing by Dr. Peter Waterland.

The question will be in deploying them. Bitcoin is doomed, according to Tomlinson. Any disruption that requires the bitcoin community’s consensus, something that can’t even be accomplished with the cryptocurrency’s transaction limit problem. 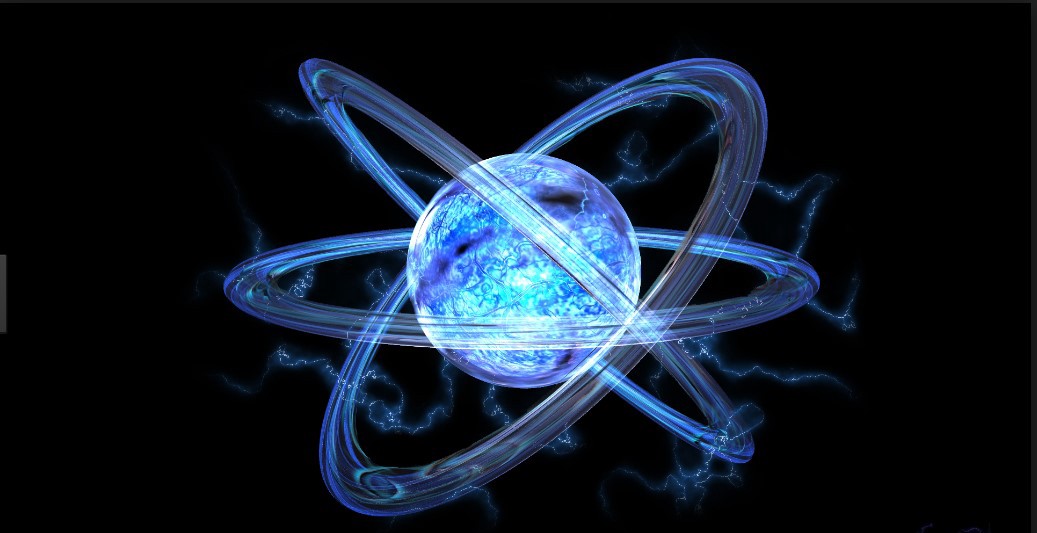 What is the QRL?

The Quantum Resistant Ledger (QRL) project is a public blockchain ledger designed to be specifically secure against quantum computing (QC) advances. Unlike existing ledgers, such as bitcoin or ethereum, the QRL is specially designed to use a form of post-quantum secure signature for transactions called XMSS.

The QRL also uses a low power proof-of-stake (POS) algorithm which again utilises iterative hash-chains and provably secure hash-based pseudo random number functions. The POS algorithm is designed to have zero reliance upon conventional signatures which are vulnerable to a sufficiently powerful QC and allows nodes to run on low power devices such as raspberry PI’s or laptops and passively earn income by staking.

Why has our team developed the QRL?

Quantum computing has received >1 billion dollars of funding in the last year from major companies such as google, IBM, etc (ignoring State actors). Y2Q will happen with experts saying there is a 17% chance of the singularity of a quantum computer emerging in the next 10 years. Technological advances tend to be non-linear and the black swan of a QC could emerge at any moment.

The problem is that when a suitably powerful QC does arrive then existing signature schemes such as RSA/DSA and (importantly for blockchains) ECDSA can be reverse engineered and the currently unbreakable security of existing ledgers will be swept away.

What started as an experiment in post-quantum signatures has developed into a fully fledged next generation public blockchain project. Our perspective is that should a QC emerge suddenly that incredible volatility would occur in the crypto asset space. Chains which offer zero or partial protection (that is a mixture of quantum-safe addresses and conventional ECDSA addresses) will suffer loss of value during this transition. Conversely chains designed to be completely post-quantum secure may find themselves rising in value substantially.

Our thought process is simple that investors who view the growing crypto asset space probabilistically should consider the QRL as a form of insurance.

What other features does it offer? What is on the roadmap?

Other than offering guaranteed longevity of cryptographic security as a public value store, the QRL also plans a decentralised post-quantum secure messaging layer (known within the development team as the ‘ephemeral’ layer). Using lattice-based cryptography (‘new hope’) QRL addresses are able to sign a transaction containing a lattice-based public key which can then be used by other nodes to ‘dial up’ and create a secure communication channel with messages passed asynchronously back and forth across the p2p network.

Our roadmap includes offering inter-address secure decentralised communications and the ability of light clients to plug directly into the QRL from other application layers — either via dedicated wallet software or app integrations with a QRL light client API. This will allow secure end-end communication and data transfer between devices / applications / people using the QRL to cryptographically verify identity at both ends of the channel.

Coupled with ideas for linking blockchain ID to an XMSS address we think there are many exciting potential use cases possible for the QRL with this technology. In addition to providing a trustless and secure combined value and communication medium we also envisage the QRL as offering long term provenance and proof-of-existence services in the future.

Given the speed of technological progress it is time to find an alternative to BTC in case the unexpected happens. 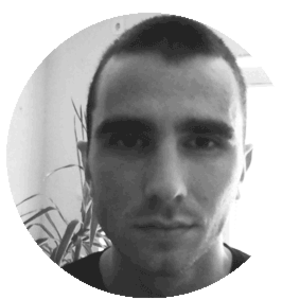